In Part 5 of our Health Care in Retirement Series, we are going to review in-depth Medicare Part D.  To jump to any of the other parts of this series now, use the links below:

What is Medicare Part D?

How Much is the Monthly Premium?

A tool for finding Part D plans can be found on the Medicare website.  In 2022, the lowest premium available in Maryland is $7.10 per individual per month.  This is based on a household income of $91,000 or less for a single person ($182,000 or less for a married couple filing taxes jointly).  Premiums are billed to you, but you can opt to have the payments deducted directly from your Social Security benefit or Railroad Retirement Board benefits each month.

Like Part B, once income exceeds the base amount a surcharge known as the Income Related Monthly Adjustment Amount (IRMAA) is added to the Part D monthly premium.  The IRMAA surcharge rises with income and in 2022 tops out at $77.90 per individual per month once income exceeds $500,000 for a single person ($750,000 for a married couple filing taxes jointly).

Because IRMAA surcharges can be particularly costly, structuring the sources of your income in retirement, including amounts generated from Roth conversions, can be an effective way to minimize the cost of Medicare coverage.

Does Part D have a deductible and out-of-pocket maximum?

Yes and no, but that will be changing soon.  The deductible amount for Part D varies by plan, but cannot exceed $480 annually in 2022.  Some Part D plans don’t have deductibles, which is a factor to evaluate before choosing to enroll in a plan.

As far as out-of-pocket maximums, currently there is no limit to the amount you can pay for prescription drugs.  Your payment responsibility does decline to 5% of the overall charge once you reach the catastrophic coverage amount for the year, but you will never be responsible for less than 5% of the amount regardless of how much you spend.

However, the recently passed Inflation Reduction Act of 2022 for the first time ever attempts to limit out-of-pocket costs.  Beginning in 2025 a cap of $2,000 per year per individual will be imposed on prescription drug costs for Part D enrollees.

Does Part D have any copayments or coinsurance requirements?

Yes.  Depending on the plan you select, a copayment or coinsurance rate will apply when you purchase prescription drugs.

In 2022, for the first $4,430 in cost, plan providers can apply any copayment or coinsurance rate they determine for the prescription drugs you buy.  After this amount, you will pay no more than 25% of your drug costs up to $7,050 in total spending.  When you hit this amount, you have reached what is known as catastrophic coverage and plans are not permitted to charge you more than 5% of the costs of covered drugs for the rest of the calendar year.  The Inflation Reduction Act of 2022 is set to eliminate the 5% coinsurance requirement beginning in 2024.

In order to save money on Part D, it is best to review plans to determine if your current prescriptions are included in the list of covered drugs.  These lists are known as the plan’s formulary and are subject to change.

When am I eligible to sign up for Part D? 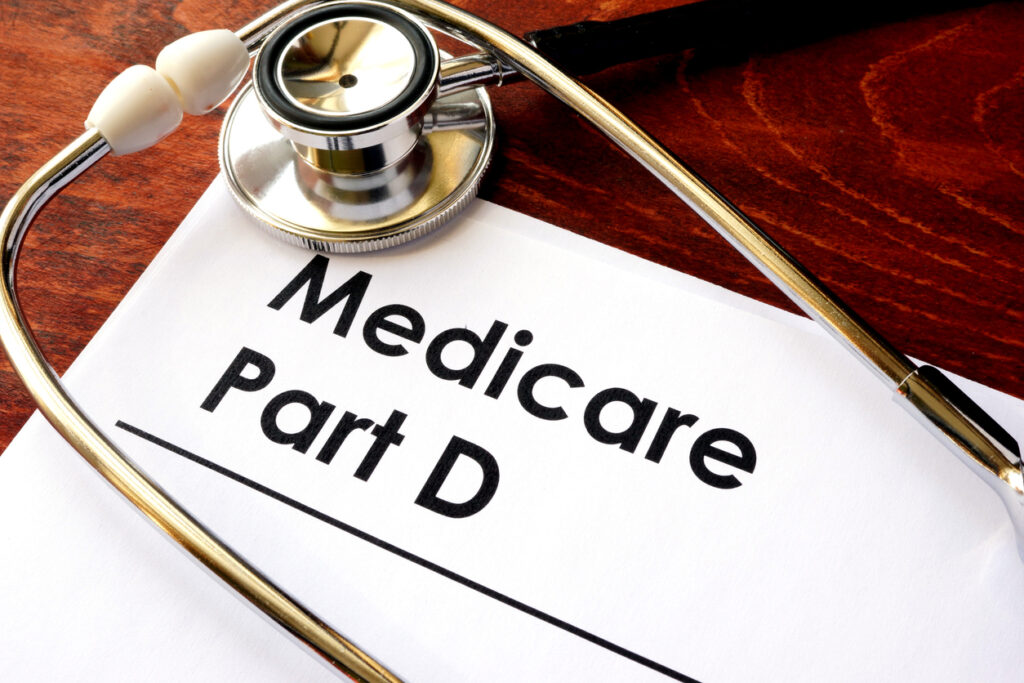 Like other parts of Medicare, you are eligible for coverage under Part D once you reach age 65.  The Initial Enrollment Period is seven (7) months long and begins three (3) months prior to the month in which you turn 65.  It ends three (3) months after the month of your birth.

If you miss your Initial Enrollment Period, you can enroll in Part D between October 15 and December 7 each year during what is known as the Open Enrollment Period.  Coverage obtained during this period will begin on January 1.  This enrollment period also allows someone enrolled in Medicare Advantage (Part C) to disenroll from Part C and enroll in Original Medicare and add Part D coverage.

If you miss the initial or open enrollment periods but you maintain creditable prescription drug coverage, you will be eligible for a Special Enrollment Period for Part D that will begin in the month you lose your existing prescription drug coverage.  Unlike Parts A and B, which has an 8-month long enrollment period, the Special Enrollment Period for Part D is only two (2) months long.

Do I have to sign up for Part D?

No.  Part D coverage is optional, so you are not required to sign up for it at all, and you will not be automatically enrolled in Part D when you begin collecting benefits from Social Security or the Railroad Retirement Board.

Moreover, if you are enrolled in Medicare Advantage (Part C), prescription drug coverage will be an option you select under your Part C plan, and obtaining Part D coverage separately is not necessary.

Additionally, if you (or your spouse) maintain creditable prescription drug coverage under another plan, you can wait to sign up for Part D until after your existing coverage ends.  Creditable coverage as it pertains to prescriptions drugs may include plans offered by the following:

Can I change plans once I have signed up?

Yes.  The Open Enrollment Period each year runs from October 15 to December 7.  Changes made during this time take effect on January 1.  The changes to Part D coverage that can be made during this enrollment period include:

Additionally, during the General Enrollment Period that runs from January 1 to March 31, you can disenroll from Part C and sign up for Original Medicare with a Part D plan as well.  Coverage obtained during this enrollment period does not take effect until July 1.

Are there penalties for not signing up for Part D?

Yes.  If you do not maintain a creditable prescription drug coverage after reaching age 65, either through Medicare Advantage or through one of the plans listed above, a late enrollment penalty will be assessed if you sign up for a plan later.

The penalty is 1% of the “national base beneficiary premium” for each month you did not maintain creditable prescription drug coverage.  Therefore, for each year you delay signing up for Part D, you will be assessed a late enrollment penalty of 12%, which will be added to your monthly Part D premium.  This penalty is permanent for as long as you maintain prescription drug coverage.

Because of the nature of the penalties that apply to premiums for not maintaining prescription drug coverage, and the likelihood that you will at some point need prescription drugs later in life, it is common for people to enroll in a Part D plan even if they are not initially on any prescriptions once they become Part D eligible.

Want more information about your health care options in retirement?  Continue to Part 6 of our Health Care in Retirement Series to learn about Medigap Plans.  If you need help planning and evaluating your retirement health care costs, please contact us today. 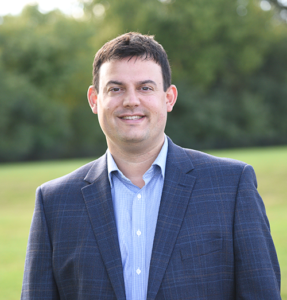